Persimmon and Aviva pay leaseholders back 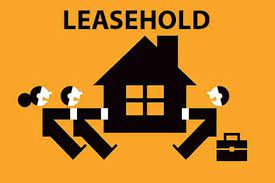 The Competition and Markets Authority (CMA) has announced progress for groups of existing leaseholders.

In 2020, the CMA launched an investigation into housing developers and investment firms involved in creating leasehold terms and purchasing freeholds from the developers of the sites.

Investment company Aviva, which owns the freehold on a vast number of leasehold developments, has now committed to remove terms that double ground rents.  Persimmon who is the housing developer, has now offer leasehold house owners the opportunity to buy the freehold for their home at a discounted price. Both companies have made changes to replace leasehold doubling clauses..

Leasehold terms can make routine household improvements such as replacing windows, changing kitchen units, and replacing flooring expensive. The impact of leasehold terms regularly prevents owners from finding a new buyer when they do decide to sell. The UK Government is taking action to restrict ground rents in future leasehold terms.

The CMA investigation into other developers and investment groups is ongoing.

Thousands of homeowners are stuck in leasehold houses they cannot afford to continue living in and cannot sell. We surveyed over 1,000 people who bought a leasehold house to explore the extent of the scandal which has left thousands of Brits trapped in leases leases with third parties.