According to statistics released by the Department of Communities and Local Government, during the quarter January to March 2017 28,430 households in England made homelessness applications to local authorities and of those applications 29% were due to a private landlord ending an assured shorthold tenancy (AST), the single biggest cause.

The AST is the most common type of residential tenancy. It has been around since 1988 and a key feature is that the landlord can take back the property after serving a 2 month (section 21) Notice and, if the tenant still remains in occupation, obtaining a Court Order, all without having to establish that the tenant has committed any breach of the terms of the AST, the so called “no fault” procedure.

Tenants are often resigned to the situation presented by service of a Notice but the harsh reality is that they must have somewhere to live and this is where the log-jam occurs. The fact is that local housing authorities have an impossible equation to solve: too many homelessness applications versus not enough available housing stock to meet the demand.

As a result a situation often presents itself where the landlord wishes to take back the property, the tenant accepts he or she will have to leave but nothing moves because the local authority has had no choice but to advise tenants to sit tight until the very last minute. A tenant who decides simply to leave at this stage will be found to have intentionally made themselves homeless and therefore forfeited any right to assistance.

There was a time when service of a section 21 Notice was enough to trigger steps to have the tenant rehoused. The saying goes in legal circles these days (although it is no joke for anyone involved in the process) that it is only when the tenant hears the click as the eviction bailiff opens the garden gate that the process to find them somewhere else to live really starts.

The effect for landlords is cost and delays.

The problem centres on the legal definition of being “threatened with homelessness” which is the point when the local housing authority has a duty to assist. The answer may be found in The Homelessness Reduction Act 2017 which is likely to come into effect in 2018. By amending parts of the Housing Act this will extend the period during which an authority should treat someone as threatened with homelessness from 28 to 56 days which will then include section 21 Notices. The intention is to shift the focus towards early intervention and encourage local housing authorities to act quickly and be more proactive. It will be interesting to see if these goals can be met but there will be no sudden influx of social housing becoming available. 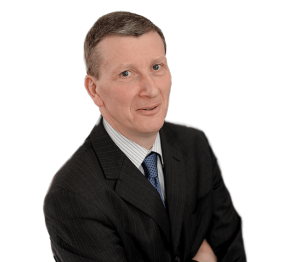