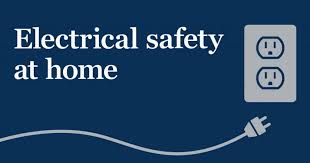 Sections 122 and 123 of the Housing and Planning Act 2016 (electrical safety standards) came into force on 25 October 2019. This means we are one step closer to mandatory electrical safety checks in the private rented sector in England and will see actual regulations very soon.

The Housing and Planning Act 2016  allows the Secretary of State, through regulations, to impose duties on private landlords to ensure that electrical safety standards are met in a property under their ownership, while a tenancy is in place and to specify obligations that may be required of the landlord with regards to the frequency of checks and the expertise expected of any persons who undertake such checks.

Recommendation 2: Visual checks of the safety of the electrical installation by landlords at a change of tenancy should be encouraged as good practice and set out in guidance.

Recommendation 5: The installation of Residual Current Devices (RCDs) by landlords should be encouraged as good practice and set out in guidance.

Recommendation 7: DCLG should commission the Electrotechnical Assessment Specification (EAS) management committee to consider the most effective method of recognising ‘competent PRS testers’ to carry out electrical inspections and tests.

Recommendation 8: Legislative requirements should be phased in, beginning with new tenancies, followed by all existing tenancies.